The approval of new cardiovascular devices for clinical use depends upon data that are gleaned from in vitro and in vivo. Although the latter can never be entirely dispensed with, high-level in vitro simulators can partially replace them, thereby permitting a reduction in the number of experiments with living animals[1]. Simulators incorporating mammalian responses such as the regulation of vascular resistance[2], heart rate and stroke volume[3] are a requisite for testing of devices that interfere directly with the hemodynamics of the cardiovascular system. Devices that treat failing anatomic structures such as vessel dissections, septal defects or compromised heart valves, need to geometrically simulate the defect anatomy and the approach pathway.

Two simulators were developed to fulfill the requirements mentioned above. The first simulator was based on lumped-parameter modeling of the cardiovascular system, whereby properties of the circulation that are normally geometrically distributed throughout the body are lumped in one discrete component. For example, the hydraulic resistance that is built up in all arterioles and capillaries is implemented as one single resistance element. The unique feature of this simulator is that it is hybrid: part is implemented in software (Matlab/Simulink, The Math Works Inc.) and part as a fluid circuit, both interacting with one another in real time[4]. The most complex features and all of the autoregulation mechanisms are implemented via differential equations in the software part. The hydraulic part consists of two pressurized fluid tanks, between which a medical device can be inserted. Each tank can generate an active pressure waveform which is prescribed in real time by the software simulation, and in turn the boundary conditions of the software simulation are prescribed by the volume changes which are continuously measured in the fluid tanks. This model is characterized by great flexibility because the tanks can simulate any part of the cardiovascular system that is implemented in the software: ventricles, atria, pulmonary artery, veins, etc. Hence, this simulator is valuable for a broad array of cardiovascular devices. 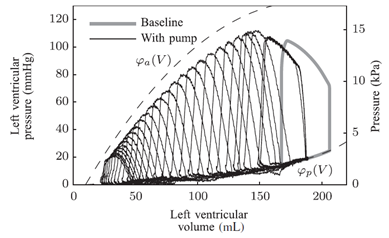 The second simulator focused on the geometry of anatomically-relevant structures. It consists of a simplified fluid circuit with lumped parameter elements implemented in hardware (compliance chamber, vascular resistor, and venous reservoir). A computer-controlled linear motor is suited with a custom pump head, simulating the systolic and the diastolic behavior of the heart with programmed volume waveforms. The anatomy of large veins, atria and valve planes are derived from CT scans and manufactured using rapid prototyping techniques. Valved ports are installed at locations that are typically used for catheter access or for minimally invasive heart surgery. Frames for mounting septa or cadaveric heart valves are readily exchangeable without the need for specialized tools. Hence, the procedures can be repeated on fresh tissue without delays. 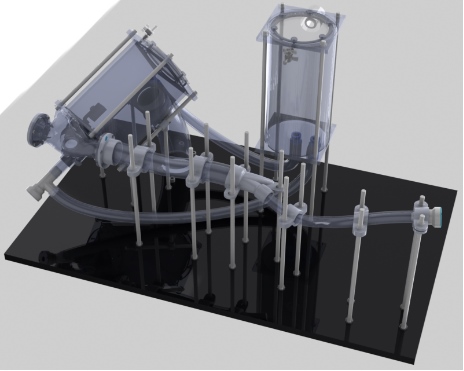 Figure 2: The hydraulic part of the second simulator

The models have already been used for several studies[5,6]. The advantages have clearly been observed: repeatability, visibility, and a well-controlled environment, yielding data with low standard deviation and higher statistical significance.