Background and Aim
Motor pathways of the cerebral cortex and spinal cord progressively degenerate in amyotrophic lateral sclerosisand these neurons are lesioned by spinal cord injury. There is currently no available treatment for these conditions, which are the focus of intense worldwide research.
Spinal cord and cortical interventions in mice and rats have been widely used for such research, but these surgical procedures are very invasive, time consuming, have the negative effect of high per- and post-operative mortality, and often require extensive breeding of transgenic animals over prolonged period. Although stereotactic surgeries are widely used to target specific regions of the nervous system in adult rodents, they are not applicable to spinal cord interventions and lack precision in young animals. Here we propose a pauci-invasive alternative to these surgeries by using high-resolution ultrasound guidance to target the spinal cord and specific cortical targets via percutaneous microinjections.
To develop and validate this approach, we will determine the most efficient experimental parameters to (1) label spinal cord neurons and specific cortical sensory and motor areas in vivo in mice and (2) overexpress a genetic construct in corticospinal neurons.

Method and Results
High-resolution ultrasonography (VEVO 770, Visualsonics, Canada) will be used to target the microinjection of different volumes of a plasmid or viral construct at cervical, thoracic and lumbar levels at P0, P5 and P20, in C57/Bl6 mice, as well as at P0 in the neocortex. We will use an expression vector in which a gene of interest is expressed from a strong CMV/β-actin promoter followed by an IRES-Gfp reporter cassette, which will be electroporated using different voltage intensities (Lai*, Jabaudon* et al., Neuron, 2008).
Twenty-four to 48 hours after injection, the mice will be put down and the nervous tissue collected for identification of labeled neurons. Axial 60 um thick sections will be obtained from paraformaldehyde-fixed spinal cords and brains, and neuronal labeling will be determined to identify the most efficient injection protocol.

Conclusions and Relevance for 3R
The formal validation (6) of an experimental protocol to target the developing cortex and spinal cord and the adult spinal cord in mice using ultrasound-guided percutaneous injections work towards reducing and refining animal procedures in the field of spinal cord research. Furthermore, the development of novel efficient approaches (6) to deliver gene products works towards the reduction in the use of transgenic lines. 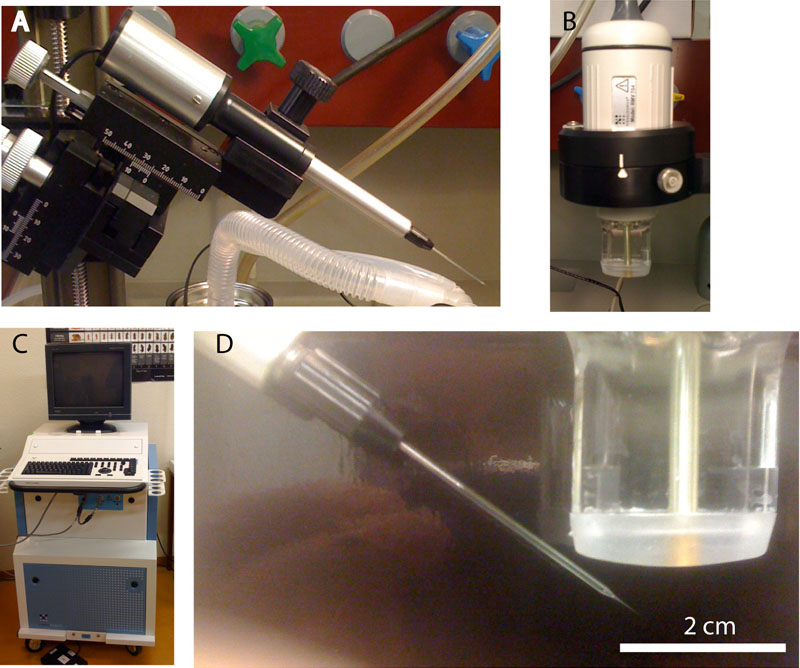