Schistosomiasis is a so-called neglected tropical disease, but it affects over 200 million people and is of considerable public health significance.
The treatment and control of schistosomiasis virtually relies on a single drug, praziquantel. The pressing need to develop new antischistosomal compounds has been stressed, particularly in view of the blanket application of praziquantel within the frame of preventive chemotherapy, a strategy that might select for drug-resistant parasites (1). The current drug screening in-vitro screening protocols are based on juvenile and adult schistosomes, obtained by portal perfusion from the mouse or hamster, hence rely on infected rodents and allow only a small number of molecules to be tested (2). Our goal was to develop a reliable in-vitro antischistosomal drug sensitivity assay, with high sensitivity for screening large numbers of compounds based on schistosomula, which can be obtained from infected snails, as depicted in Figure 1.

In order to determine whether the effect of drugs on schistosomula obtained by vortex transformation is similar to the effect on adult Schistosoma mansoni (the worm stages which need to be targeted by drugs) in vitro, we have tested the effect of a variety of compounds, with known in vivo antischistosomal activity (e.g. praziquantel, oxamniquine, artesunate or mefloquine) against adult schistosomes and schistosomula (Figure 3). The effect of drugs was analyzed based on motility disturbances (e.g. activity or paralysis), morphological changes (relaxation, shrinkage, curling, tegumental disruption, worm disintegration) and worm death. In addition, we have used for the first time isothermal microcalorimetry to study drug effects on schistosomes. Similar sensitivities on schistosomula and adult schistosomes were observed for praziquantel and mefloquine, while slight differences in the drug susceptibilities of the two development stages were noted with oxamniquine and artesunate. Overall, we concluded that isothermal microcalorimetry is a useful tool for antischistosomal drug discovery, which should be further validated. In addition, our data support the use of schistosomula in in vitro schistosome drug assays (9). Mansour et al. have recently developed a schistosomula assay based on inhibition of Alamar Blue reduction, a redox indicator of enzyme activity, which has been successfully used for colorimetric or fluorometric determination of viability of a number of protozoan parasites. They found that this assay was very effective in detecting severely damaged and dead schistosomula and with a sufficiently long culture period (7 days) was able to detect most of the known schistosome active compounds tested (10).

In conclusion, we have achieved our goal and developed a drug sensitivity test based on schistosomula, which can be obtained from infected snails, which is able to replace the adult schistosome in vitro assay. Hence, our technique reduces and replaces live animals in experimental methods in accordance with the 3Rs animal protection principles. In addition, the schistosomula screen is cost-effective and allows screening a large set of compounds (medium throughput assay), hence shortens the duration of assay turnaround times, a distinctively advantageous feature of an ideal screening assay given the urgency in discovery of new compounds. 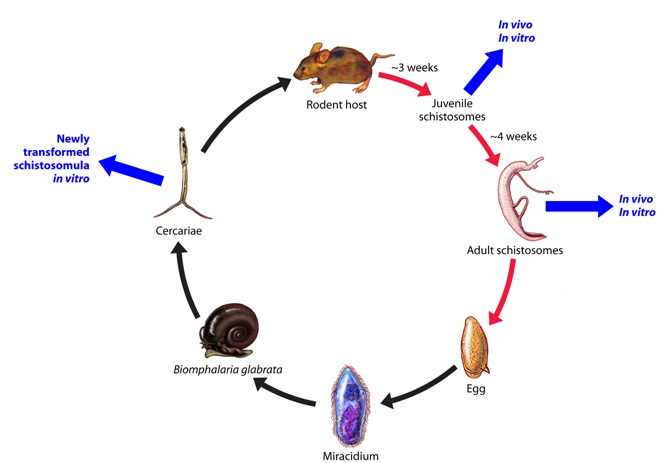 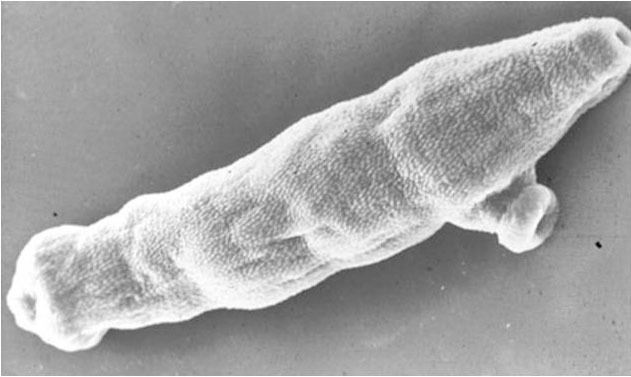