Background and Aim
The world organisation for animal health continuously registers numerous outbreaks of classical swine fever (CSF), a highly contagious disease of pigs caused by the CSF virus (CSFV) (http://www.oie.int/wahis/public.php?page=home). The economic consequences of such outbreaks are important, due essentially to the stamping-out policy and restrictions in the meat trade. A major problem is the persistence of CSFV in wild boar, the natural reservoir in which disease often remains unapparent. In domestic pigs the different CSFV isolates cover a continuous spectrum of virulence. Highly virulent strains are efficiently shed by infected pigs and spread particularly fast. On the other hand, low virulent strains - often diagnosed later - represent a particular problem for disease control. Hence, it is important to define the virulence of the CSFV isolates that are circulating in the wild boar reservoir and are posing a constant threat for reintroduction of CSF into the domestic pig population. Currently, the only possibility of classifying the virulence of a CSFV strain is by animal experimentation using pigs, which is ethically problematic. Previous work suggested that virulence is determined by multiple genetic elements. Simple comparison of genome sequences of strains differing in virulence does not yet permit prediction of the phenotype of a particular strain. As research in this area can currently only be performed with experiments involving pigs, the aim of the present study is to establish an in-vitro system enabling us to predict the virulence of a particular CSFV isolate. This is expected to drastically reduce the number of animal experiments in CSFV diagnostics and research.

Method and Results
In the past few years, we have made significant progress in understanding the pathogenesis of CSF and the interaction of CSFV with various cells of the porcine immune system (Balmelli et al., 2005; Guzylack-Piriou et al., 2006; McCullough, Ruggli, and Summerfield, 2008; Ruggli et al., 2009; Summerfield et al., 2006). The present project is aimed at exploiting these findings to establish in-vitro correlates of virulence. To this end, a set of CSFV strains of defined virulence are systematically analysed in terms of virus replication and of interaction with cells of the porcine innate immune system. A prerequisite for these analyses is a cell culture system that allows the propagation of virus isolated from diseased animals without selecting for cell culture adapted mutants. In common permanent cell lines, CSFV rapidly acquires mutations that confer enhanced binding to heparan sulphate (HS), which often results in virus attenuation. In the first part of this project, we have identified a suitable porcine endothelial cell line (Figure 1) for virus propagation and have demonstrated that these cells do not select for HS-adapted viruses. Using this culture system, we have produced stocks from 16 different CSFV isolates of defined virulence representing a broad range of highly-virulent to avirulent in-vivo phenotypes. Comparison of these CSFV strains at the levels of virus binding, entry and viral RNA replication did not reveal any correlate with virulence. The first promising results were obtained with the assessment of virus focus formation under a semi-solid medium overlay on porcine endothelial cells. On these cells, the highly virulent strains form significantly larger foci than the moderately or avirulent strains (Figure 2). Importantly, however, this system is applicable only to HS-independent isolates. Additional correlates with virulence were found by analysing the infection of blood-derived porcine macrophages and natural interferon producing cells (NIPC) by flow cytometry. Infection with highly virulent CSFV strains results in a higher percentage of infected cells compared to moderately-virulent and avirulent strains. Also the mean fluorescence intensity of the infected cells, which is proportional to the amount of viral antigen expressed, is higher with highly virulent than with avirulent strains. Whether the virus-mediated secretion of type I interferon (by NIPC) and of other cytokines also correlates with virulence is under current investigation.

Conclusions and Relevance for 3R
Taken together, the data mentioned above suggest that prediction of virulence cannot rely on a simple single assay. Multiple factors, such as HS-binding, plaque size, interaction with NIPC and macrophages and other cells of the porcine immune system, have to be considered. The results obtained so far tend towards defining a multifactor system for the in-vitro prediction of CSFV virulence, consisting of a scoring system based on several virological and immunological criteria. Correlates between the in-vivo virulence phenotype and in-vitro characteristics of CSFV isolates will allow feasible and ethically acceptable CSFV diagnostic and research processes to be applied. An in-vitro system aimed at predicting the degree of virulence would significantly reduce the overall number of animals employed for experimental infections. The major refinement will be the gain of knowledge in terms of the molecular basis of the pathogenic characteristics of the virus, reducing to a minimum the number of animal experiments required in CSFV research. Although cell culture models will only enable us to predict the virulence of a particular virus isolate, in most cases this prediction will suffice to replace animal experiments. The knowledge created in this project will not only be useful in CSFV diagnostics but may also be applied in fundamental research aimed at determining the molecular basis of CSFV virulence. 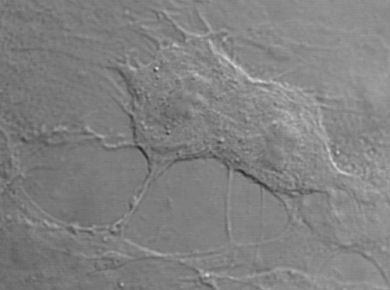