Development of an in-vitro potency assay for the Clostridium chauvoei vaccines: Replacement of the guinea-pig-challenge potency test

The quality of vaccines for animals is of ultimate importance for their welfare and health, as well as for the sustainability of livestock production. Hence, each batch of vaccines must be subjected to a strict quality control to ensure the safety and the efficacy of the product as a whole. The required quality-control tests are described in international regulatory manuals, such as the European Pharmacopoeia.

Blackleg, a severe and lethal infectious disease of cattle and sheep, is caused by the bacterium Clostridiumchauvoei. Due to the fulminate development of blackleg, therapy is not possible. However, cattle and sheep can be successfully immunized against the disease using vaccines that contain C. chauvoei antigens. In spite of the efficacy of current blackleg vaccines, which are based on bacterin-containing and toxoided culture-supernatants there is no knowledge as to which antigens in current formulations are protective. From the beginning there has been uncertainty as to whether the supernatants of C. chauvoei cultures contain a sufficiently lethal dose of a toxin to account for its pathogenicity. This same uncertainty extends to whether the protective antigens reside in the culture-supernatant or within the cells themselves. Consequently, commercial blackleg vaccines are comprised of chemically-toxoided supernatants and inactivated bacteria. Currently, the potency of vaccine batches is monitored by a challenge model in guinea pigs (European Pharmacopoeia 7.7, p. 5333). In this test, the vaccine under assessment is administered to guinea pigs, which, together with an unvaccinated group of animals, are challenged with a virulent strain of C. chauvoei, 42 days after the first vaccination. For the test to be valid, all of the control animals must die within three days, and for the vaccine to pass the test, at least 90% of the vaccinated guinea pigs must survive for minimally five days after the challenge. During this procedure, the animals suffer great distress. All C. chauvoei-containing vaccines that are used in Europe, the USA, Canada and most other countries around the world have to pass this or a similar test. In a single European production plant of animal vaccines, approximately 1500 guinea pigs are used for this purpose annually. Worldwide, it is estimated that tens of thousands of guinea pigs are subjected to this challenge test every year.

Recently, we have discovered a novel protein toxin (Frey et al., 2012), for which we have coined the term Clostridium-chauvoei-toxin A (CctA). The corresponding gene, cctA, has been detected in each of the seven strains of C. chauvoei used in our study, that have been isolated from cattle with blackleg over the past 50 years, and which have stemmed from various countries worldwide. The gene cctA is not present in any other pathogenic Clostridium species. CctA is highly toxic for various bovine cell-lines and is strongly haemolytic as shown in figure 1, which shows Clostridium chauvoei colonies on a medium containing erythrocytes. This standard diagnostic test shows the erythrocytes that are fully lysed (visualized by the halo) around the tiny colonies of the pathogen.

A rabbit polyclonal antiserum raised against recombinant CctA fully neutralizes the cytotoxic and haemolytic activities of supernatants from cultures of various C. chauvoei strains, thereby suggesting that CctA is the major virulence factor. Using the vaccine-challenge potency test, we have demonstrated that the immunization of guinea pigs with CctA in the form of a recombinant fusion protein protects the animals against challenge with virulent C. chauvoei. These experiments indicate that CctA is the main protective antigen in blackleg vaccines.

A central part of the project is to irrevocably confirm that the CctA-antigen confers - to a major extent - protective immunity against blackleg. To this end, we have shown the uniformity of the CctA toxin in strains that are spread worldwide. This is important as vaccine producers use different strains, mostly old isolates and sometimes a cocktail of several strains, since the relevant antigens for the vaccines were not known when the vaccines were licensed. Moreover, due to the extreme costs for licencing new vaccines and the low prize cattle vaccines can be put on the market, vaccine producers do not intend to change their current vaccine production lines. Novel data that were obtained in the framework of this 3R project now clarify that the CctA toxin of all of 20 C. chauvoei strains collected from 4 continents and over a period of 60 years contain the identical CctA amino acid sequence and hence the identical toxin. Furthermore, only minor differences were found in general in these C. chauvoei strains including fimbriae, which were previously reported to be variable among strains and play a role in protective immunity. Hence, the CctA based approach for an ELISA assay is warranted. Subsequently, a recombinant protein containing the major antigenic domain but that is not toxic (for biosafety reasons) has been expressed from an E. coli expression strain that is used as standard in biotechnology. The antigen can be purified to very high degree and is currently analysed to be able to detect the serological response in vaccinated cattle.

In a parallel approach, cattle have been vaccinated with a commercial vaccine that is licensed in Switzerland according to standard veterinary procedures and sequential serum has been taken before and after vaccination. Currently the sera are tested immunologically with the recombinant CctA-derived peptide. If successful the data will be published and diagnostic companies will be contacted to implement the test at an industrial sustainable scale.

The recombinant CctA-antigen will be produced using our in-house expression vector pETHIS1. However, we propose to induce the expression only of the major antigenic segment of CctA rather than that of the whole molecule. The reason for so doing is, that we wish to develop a safe laboratory test for the measurement of anti-CctA antibodies in vaccinated animals using an indirect enzyme-linked immunosorbent assay (ELISA).

The final aim of the project is to develop a method to replace the guinea-pig release test, which will be presented to the European Partnership for Alternative Approaches to Animal Testing (EPAA). The EPAA, in cooperation with the Biological Standardization Program of the European Department for the Quality of Medicines (EDQM), would undertake the validation and concordance testing of the newly-developed in-vitro test. On the basis of the results from a comparative study with the standard vaccine release protocol, the alternative method will then be presented for approval to the pertinent authorities. 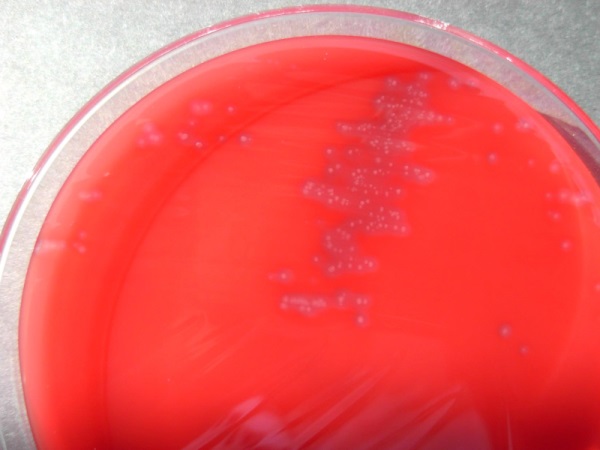