The tick blood meal: From a living animal or from a silicone membrane?

The development of pesticides against hard ticks[*] requires large numbers of animals of different species for host feeding during tests with potential acaricides. The aim of the present successful project Nr. 79-01, supported by the 3R Research Foundation, Switzerland, has been to develop in vitro screening methods for products with which to control ticks. The project was guided by Patrick Guerin and realized by Thomas Kröber. The present development of a feeding unit suggests that in the future a large portion of the animals used as hosts can be replaced in screenings of acaricides.

Animals as hosts for ticks

Animal husbandry could not be practised over large areas of the planet without acaricides. This persistent reliance on pesticides has led to the development of resistance in ticks against the major classes of acaricide treatments. There is a continual requirement for new types of molecules to target physiological processes that are crucial to tick survival. The development of animal health products against ticks[*] requires hundreds of cattle, dogs, rabbits and gerbils for in vivo trials with acaricides, placing the annual worldwide use of animals in acaricide research in the tens of thousands. Small mammals used in such trials may suffer from skin inflammation and anaemia, and may be submitted to restrictions by the Elizabethan collar inhibiting cleaning behaviour. For controlled studies, dogs have to be kept in small cages, cattle are kept in isolation, in climatic boxes, where their movement is confined. Apart from the ethical aspects of using experimental animals, the costs of maintaining suitable hosts for ticks are high.

In vitro feeding: outwitting the ticks

Tick control on animals is achieved either through contact with a product applied either topically or orally. Ideally, an in vitro assay should permit both the assessment of products that either affect a tick's capacity to attach for a blood meal, or that restrict feeding once the tick has started to take blood. When ticks start to attach to the skin, they penetrate the uppermost keratin rich stratum corneum with outward lacerating movements of their cutting mouthparts. Strong retrograde food canal denticles anchor the tick in the skin (Fig. 1) allowing the cutting mouthparts to move deeper until the corium containing blood vessels is reached. The artificial feeding unit, that we have developed, has a silicone membrane that replaces host skin and provides the tick with a similar perch over blood (Fig. 2). 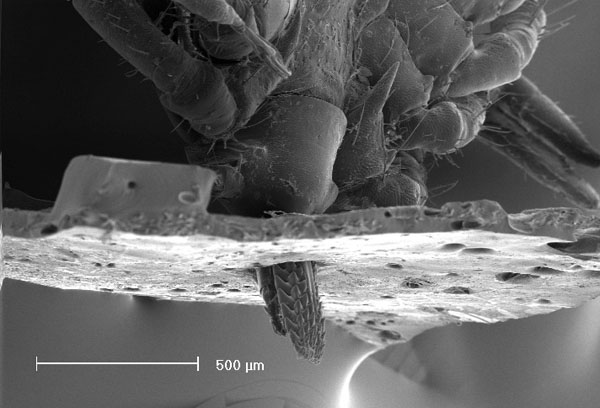 Fig. 1: Ixodes ricinus female attached to the silicone membrane. Half of the 500 μm long food canal has pierced the membrane. (Photo: M. Vlimant)

The feeding unit consists of a silicone membrane reinforced with cellulose rayon glued across one end of a piece of acrylic glass tubing (44 mm high and 26 mm i.d.). The membrane is a modified version of one developed in a previous 3R project (No. 10-88)1,2. We rendered the membrane softer to facilitate feeding by the European tick, Ixodes ricinus. The new membrane allows ticks with shorter mouthparts (500 μm in the case of female I. ricinus; Fig. 1) to be accommodated and the mouthparts of ticks to be withdrawn and reattach elsewhere. The previous penetration site closes by elastic retraction forces in the membrane preventing leaking of blood into the unit. The feeding units are set up in six well plates (Fig. 2) where each is equipped with an outer ring that limits the depth to which it sinks into the 3.5 ml of blood applied per well. Tick feeding proceeds at body temperature on a support in a water bath. Bovine blood, collected weekly from an abattoir, is manually defibrinated and supplemented with glucose, an antibiotic and ATP (as a feeding stimulus). Blood is exchanged twice daily. 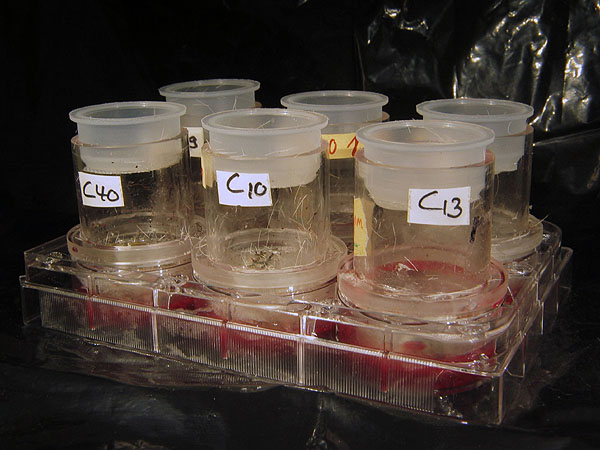 Fig. 2a: Six-well plate with feeding units over blood. 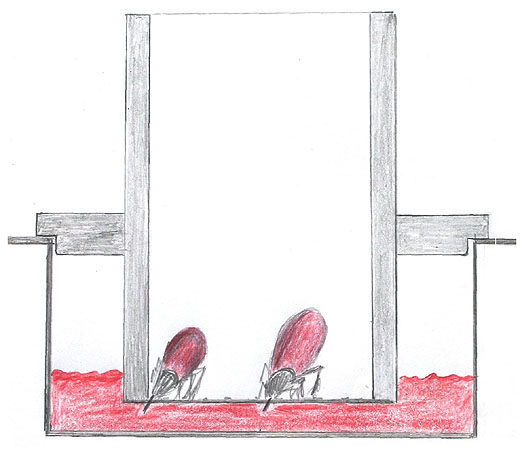 Fig. 2b: Schema of a section through one feeding unit depicting the ticks feeding on blood through the membrane.

Attachment by ticks at predilection sites on hosts is preceded by a behavioural sequence that depends on the presence of an appropriate array of mechanical, olfactory and contact chemostimuli3. We achieved a 75-95% attachment rate by I. ricinus in these feeding units by applying a combination of chemical and mechanical stimuli. A cow hair extract was applied to the membrane in addition to mosquito netting and a layer of cow hair (Figs. 2 and 3).

Testing an acaricide in vitro

Fipronil, an odourless phenyl pyrazole, is toxic to a broad range of arthropods via contact or ingestion. This acaricide disrupts ion flow by interacting with GABA-gated chloride channels of the CNS causing hyperexcitation. The effect of different doses of fipronil dissolved in the bovine blood on I. ricinus mortality was assessed over 9 days in our feeding units. Fipronil killed all females within two days at 10 μg/ml of blood, at 1 μg/ml no females survived longer than four days, and at 0.1 μg/ml all females were killed by day 7 (Fig 4). These are similar to the doses of fipronil required to protect companion animals against ticks. At the lowest doses of 0.01 and 0.001 μg fipronil/ml female ticks survive but their feeding activity is reduced by 35% and reproduction is inhibited. Females feeding on 0.001 μg fipronil/ml laid eggs but none of these hatched. 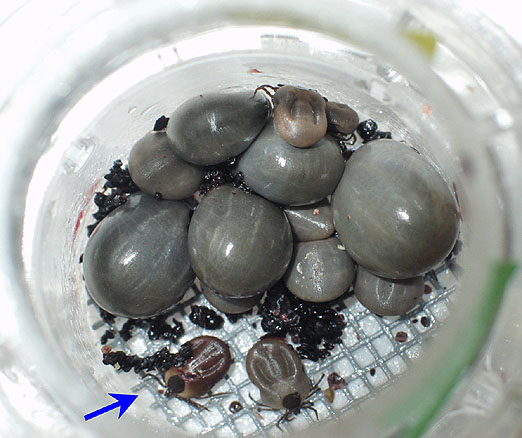 Since fipronil, like other acaricides, is also applied to animals as a spot-on in the fur, we tested the contact effects of this acaricide in our feeding units by applying it to the surface of the silicone membrane before the ticks were introduced to the feeding units. Fipronil applied in this manner inhibited feeding and strongly affected tick survival: mortality reached 69 % at 10 ng fipronil/cm2 and 100 % at 1 μg fipronil/cm2 within 30 h (controls 19 %, P 0.001 and 0.0001, respectively, Fisher's exact test).

Fig. 4: Cumulative mortality of Ixodes ricinus females feeding on bovine blood through a silicone membrane with dimethylsulfoxide (DMSO) added (placebo) and with increasing doses of fipronil in DMSO.

Advantages of the in vitro feeding assay

In vivo trials with animals as hosts require repetitions with 10 to 20 animals due to the inherent variation between them. Furthermore, large amounts of products and ticks are needed for such test. By contrast, our in vitro assay requires approximately one hundred fold less of the test product and only about 40 ticks are required per dose. Survival curves calculated over the different doses of fipronil in different feeding experiments showed that the observed effects were significant, were obtained within 5-6 days and highly reproducible. In addition, this in vitro assay permits setting up more standardised conditions since the placebo, a reference acaricide and test products can be tested in blood from the same donor animal. Together these reasons suggest that the in vitro feeding assay for hard ticks is preferable to in vivo screening trials on animals.